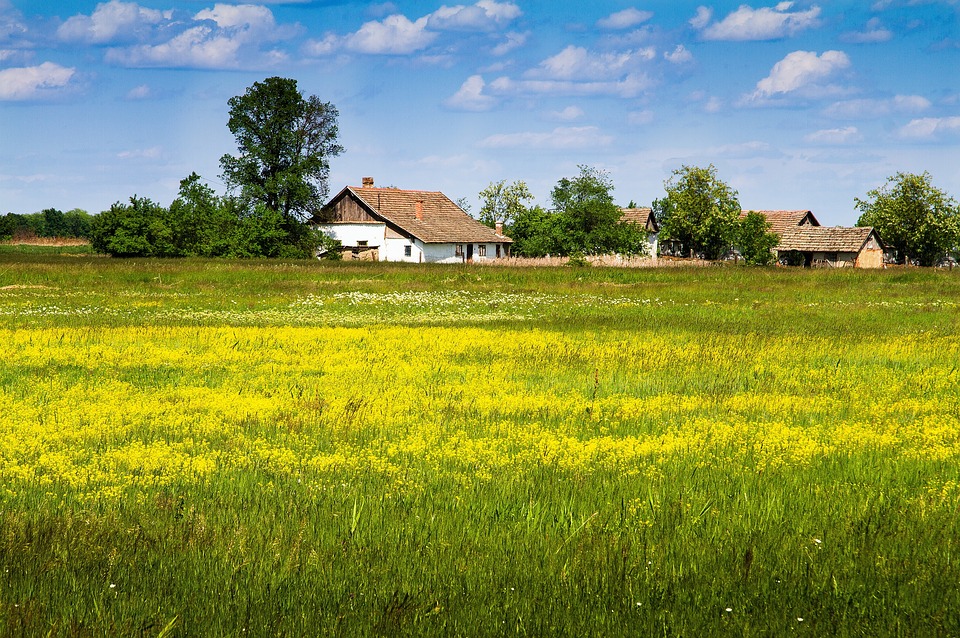 Good morning/afternoon you beautiful people! It’s day 25, and I wanted to say thank you for sticking with me through this. It’s been… an interesting month so far.

Today’s story always existed, but never had a concrete foundation to find its legs. This is one brief moment in a world with novel-length potential. It stands alone, but I will eventually expand on this terrifying and very possible mirror-image of our current reality.

AND I couldn’t do thirty days of story without sneaking in at least one post-apocalyptic  piece. Doom, doom, doom. Am I right?

Lights Out Over the Prairie

by Curtis A. Deeter

A blood-red sun set over a small two-story farmhouse in Kansas. Wheat from the Konza prairie swayed in a gentle wind like golden wildfire on the hillsides. The cattle and hog pins around the farm were empty—their inhabitants long since eaten or dead from famine—and left as little more than muddy hoof tracks and piles of whitened feces. A week had gone by since the last rooster crow announced the coming of a new day.

Nine months had gone by since the breach at the National Bio and Agro-defense Facility. At first, perhaps overly optimistically, they thought they could contain the fallout to the livestock.

Inside the house, two children played quietly in the living room, their activities lit by the dim red light of the sun. Miles, an eight-year-old boy with long dark hair and the hands of a farmer’s son, whittled away at a long oak branch until bringing it to a point. Sarah, a teenage girl with long blonde hair and freshly painted nails, continued to live in a dream world, reading her People magazine and envisioning herself living in Hollywood, away from the cows and away from the death.

Their parents talked among themselves in hushed whispers about the days to come.

“At least we still have plenty of food left, Frederick.  From your trip to the super market,” the farmer’s wife Mary said, “and you were always so good about keeping our stores overstocked.”

Most of the food remaining in the house resided in cans. The rest, they kept in cold storage in the cellar. Manhattan, the Little Apple, provided them a golden opportunity when the lights first went out. The farmer hopped in his truck, armed with a shotgun and his son at his side, and drove to town early in the morning. Hy-Vee closed its doors almost immediately after the lights. The father and son arrived before anyone else had a chance. They pried the sliding door open with a crowbar and ransacked the place of everything that fit in the bed of the truck, including fruits and vegetables, soups, dried noodles, case after case of bottled water, and four dozen bottles of wine. Frederick cringed as they loaded the truck; he always believed in fresh food, but times changed regardless of what he thought.

“I still wanna’ take stock of erything. First thing in the mornin’. We runnin’ low on ammo, that I know for certain,” he said, stuffing a cob pipe with tobacco. “Might be worthwhile to make some rounds. I know the Millers and Garlacks left in a hurry. Ole Henry had quite the arsenal in their bunker, bet some’s still there, at least.”

“Okay, honey. Do you think they’ll come back tomorrow?”

“We’ll be ready if they do,” Miles whispered. He grabbed another stick and began to whittle it to a sharp point.  He’d made fifteen arrows already today, and he refused to stop as long as the sun still gave sufficient light.

“That we will,” Frederick said.

Earlier in the week, a group of four raiders, likely members of the cell that had originally broken into the NBAF, pulled into their drive kicking up dust and whooping and hollering on their motorcycles. They came for nothing less than to take the house from the family, like similar groups had already done across Riley County. Frederick stashed a few guns around the house when the lights went, and he handed them out to his children and wife. Mary never shot a gun before. Sarah went paintballing on her thirteenth birthday, but that was that and this was something entirely different. The farmer and his son went hunting several times, so at least they had two decent marksmen.

As the bandits approached, the family took cover under the window sills looking out towards the driveway. Frederick shot first. Miles shot second, following his father’s lead. Glass shattered outward, covering the drive and bullets flew free. They’d hoped a couple warning shots might end the altercation before it started, but before they knew it, they had emptied their chambers and the raiders were digging in for cover behind their motorcycles and some outbuildings around the farm.

Miles loaded a second clip and returned fire, catching one of the bandits, a taller man with a bald head and sunglasses, in the throat. Blood fountained from the wound and the man lay dead in the grass; the others fled.

No one said a word to each other about it for the rest of the night. The farmer opened up the door to the cellar and hauled up his father’s collection of small arms. He placed them throughout the house, insuring that if there happened to be a stronger attack that the family might stand a fighting chance. He took his wife and daughter out back to shoot at empty cans until they hit a few and then they called it a night.

For a long time, the family sat up in the living room, listening to the alien groaning of their last cow, Betty. She trotted back and forth in her pen, the iron bell around her neck tracking her every step. Near the end, she reverted to bashing her head into the fence rails or running full speed into the side of the barn, all the while groaning like as if she were in heat. She died with her insides out, like all the rest of the animals.

On the night of the first raid, before going to bed, the farmer opened up the freezer and placed a revolver on the top shelf. The gun held two bullets. The freezer, in the center kitchen, had not held power for days.  He took his children in his arms and kissed both their foreheads. They embraced their father, knowing what he thought without him having to say anything.

“Are those for us, pop?” Miles asked.

“Yes son. If somethin’ were to happen to your ma or me, I reckon I can’t picture what those bandits’ll do to ya’. You’re too young yet, and your sister’s… well, she too pretty. You both have ta’ know what to do.”

Frederick grabbed his son by the collar. “I need to hear you say it. Sarah?”

Miles sniffed. “I know what to do, pop.”

The farmer shoved his son away from him and stormed to the kitchen. He jostled the freeze door open, grabbed the revolver, and returned, forcing it into Miles’ shaking hands.

Miles held the gun away from his body, as if it might explode. He looked to his sister, moisture in his eyes, and she nodded her head; he lowered his, examining the curves of the weapon. With the safety engaged, he raised it towards Sarah, squeezed the trigger, and then brought it to his own forehead.

Frederick sighed and backed away from his children. If, and when, the time came, they’d be ready.

“Now, get some sleep. I have a feeling tomorra’s gonna’ be a big day.”

iThere are no comments

Begin typing your search above and press return to search. Press Esc to cancel.